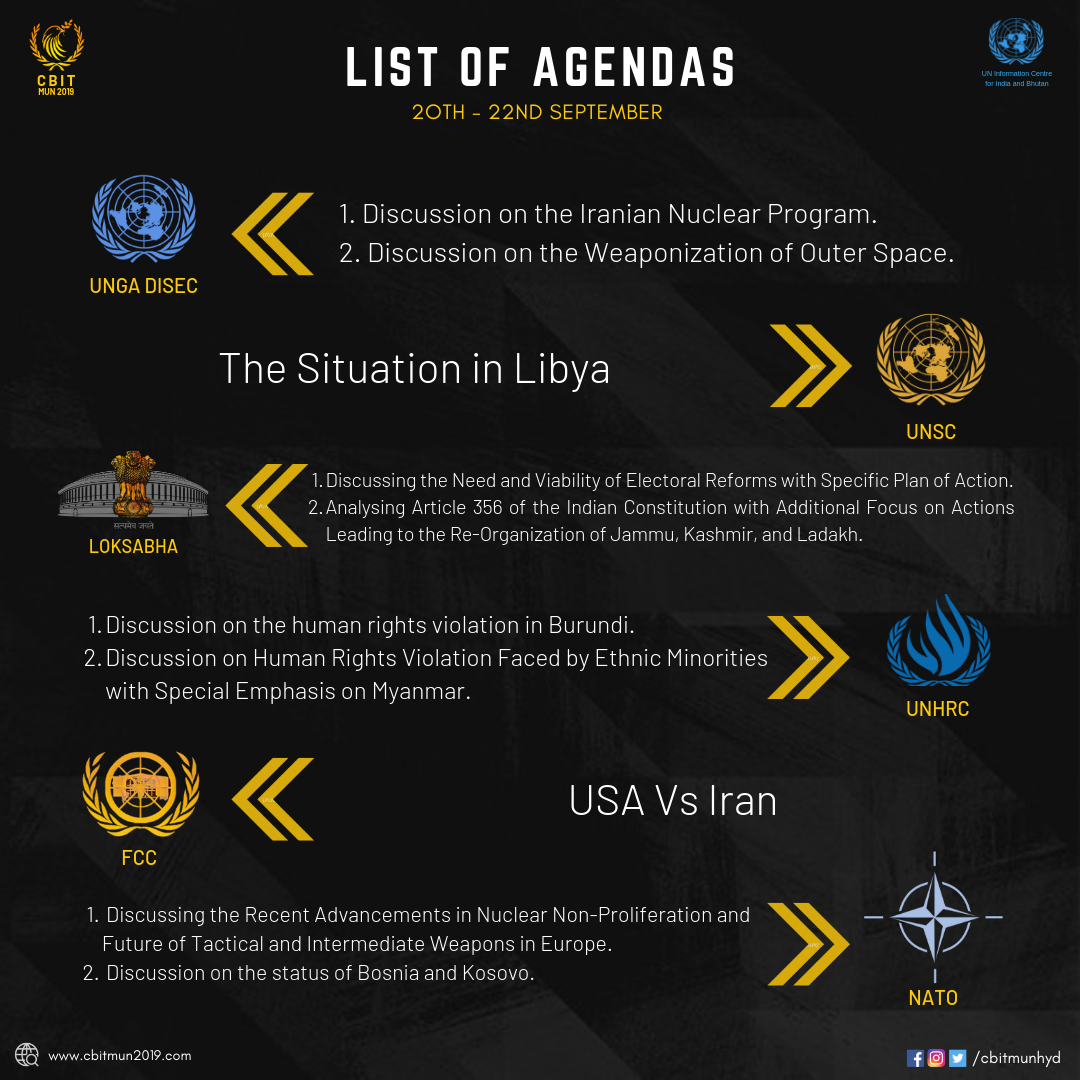 Back in 2011, we the students of CBIT took
the initiative to bring the student community
closer to the world they live in, understanding,
contemplating and acting in conjunction with
the happenings around the globe. With that as
our aim and infinite energy, we organized
CBIT MUN 2011. The first edition saw over 200
delegates pouring in from over 12 countries.
The conference was a four day event and was
well received and highly appreciated.


The second edition saw more than 250
delegates pouring from around 15 countries
and the third just topped that. And we have
been going from strength to strength
thereafter.

The ninth edition of the conference will be
held from the 20th - 22nd September in
Hyderabad.